The challenge was part of the NorthSec 2018 edition. This write-up has also been shared on the ctf repository, which seems to be slowly replaced by ctftime.org

For this challenge, you had to download the font displayed in the image and decrypt the message. Here is a table for the translation 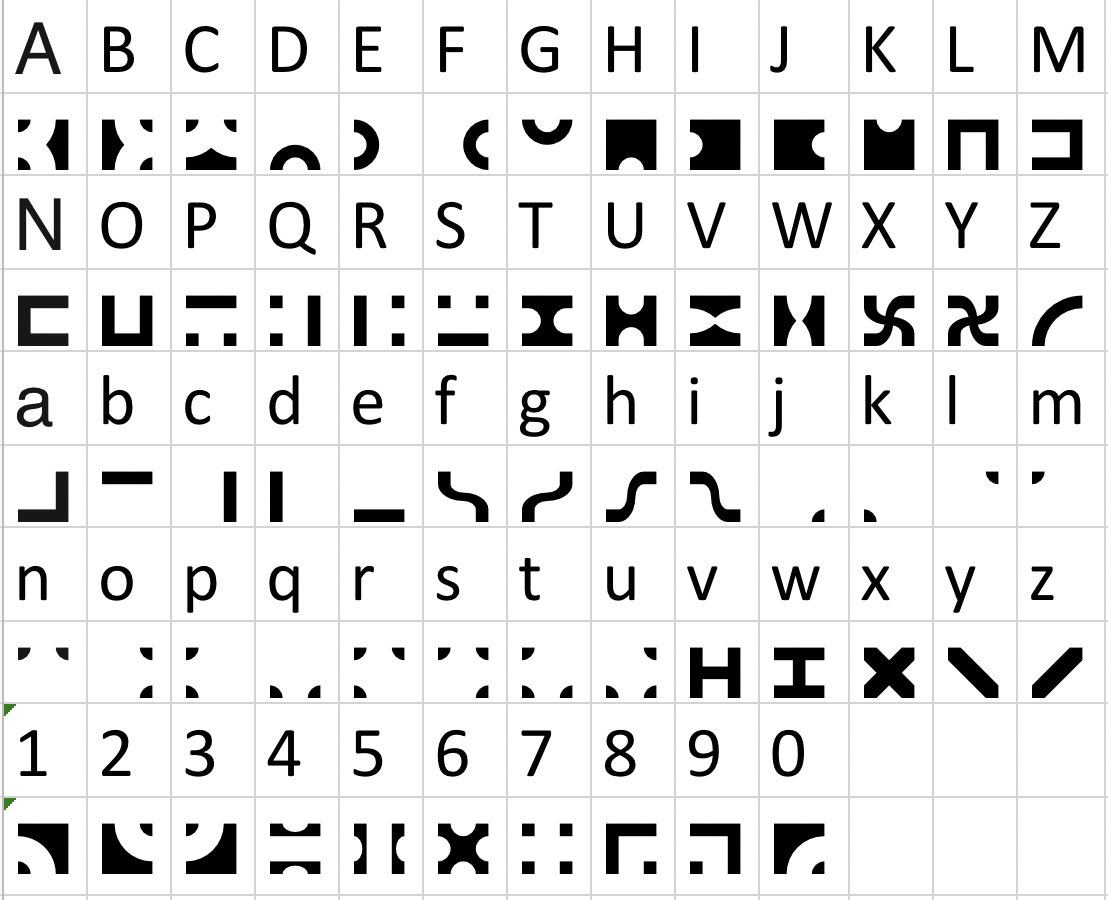 After a lot of pain, and three eye surgeries… We resolve with some cryptic message that is spaced a bit like a normal language.

You can decode it using an atbash decipher to get the message that lets you create the flag:

I think they obviously left some errors in the text, this font being very difficult to read. That didn’t make me doubt and after following the instructions, it gave the flag 207l3fs.

The Atbash Cipher simply reverses the plaintext alphabet to create the ciphertext alphabet. It was a substitution cypher used apparently to encrypt hebrew alphabet.