Kubernetes is an opensource orchestrator allowing to automate the deployment, scaling and management of containerized applications. Also named k8s the 8 for the eight letters in “ubernete” plus “s”.

It was originally developed by Google in Go. Kubernetes means “Helmsman” the guy who holds “Governor” in greek. Let’s get sailing!

With Kubernetes, you have Helm which act as the packet manager for kubernetes.

Helm comes with charts that allow oneself to deploy a certain cluster with a single command line.

Most of the charts are community maintained, they help define, install and define the application. They work using template with values that can then be changed easily in one place the values.yml file. 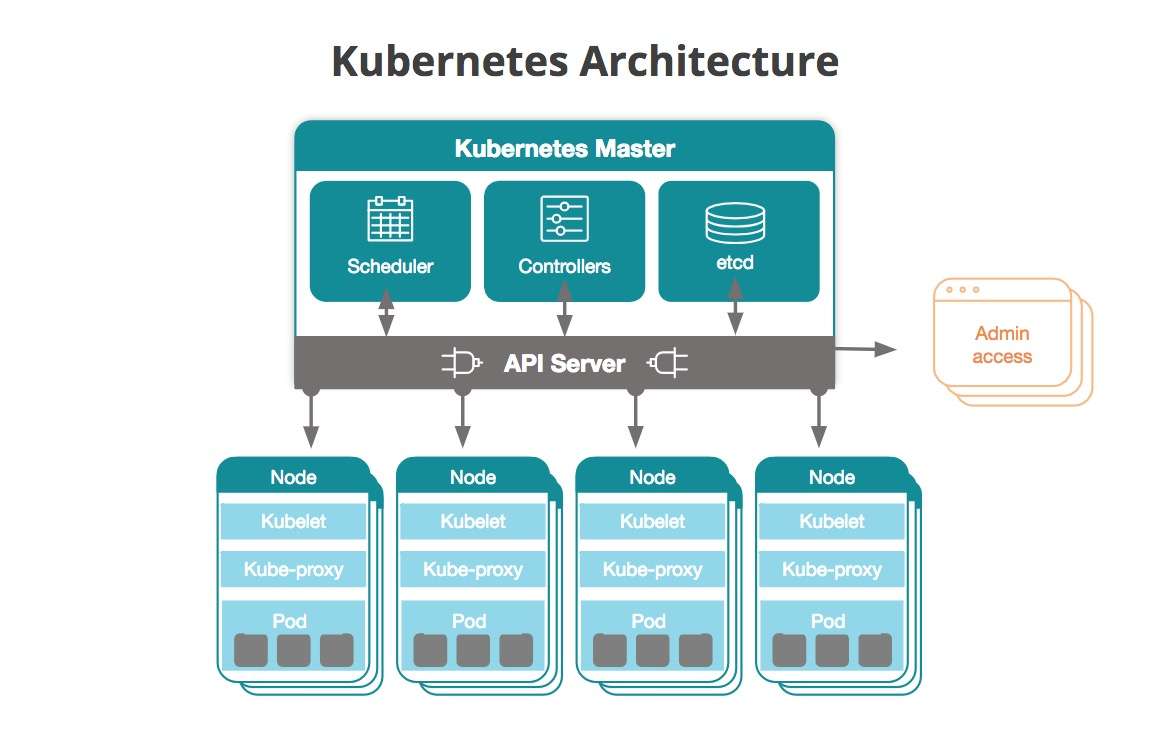 Application from Container to Pods

The containerized application is available on multiple replica containers. These containers are regrouped by ** Pods**.

On a worker there are multiple pods. A worker is a high level application block in Kubernetes.

A minion or a node is where the worker machine is situated. It includes the services for Docker (container), ** Kubelet** (management) and Kubeproxy (network).

The kubelet is the primary “node agent” that runs on each node. The kubelet works in terms of a PodSpec. A PodSpec is a YAML or JSON object that describes a pod. It then makes sure that the pods described by the PodSpec are healthy.

The Kubernetes network proxy or kubeproxy runs on each node, it is defined in the Cluster and tells how and through which ports the docker can in the pods can communicate.

A cluster is a group of worker nodes controlled by a master node which controls the replication and the management of the worker nodes.

All the nodes of the cluster uses etcd, the backend for service discovery which stores cluster state and configuration.

The kubernetes API server is a front head and a REST API for the etcd backend.

The cluster as a cli name kubectl which allow controlling and get information on the Cluster.

Docker 🐳 deploy to another registry.